Greylock has a tremendous tennis facility with 15 clay courts in two locations on our campus. Eight of those courts are lit for a night play. The program encompasses all different skill areas from ground-strokes and serving to volleys and match strategies. Our program is run by seasoned professionals who have many years of experience in teaching lessons and running our program. At Greylock, boys improve their skills but also have many opportunities for match play. 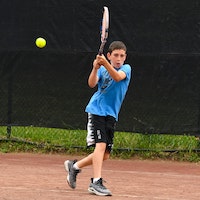 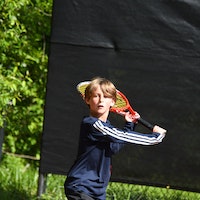 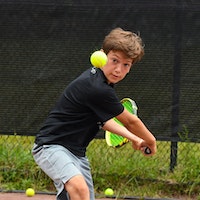 Greylock sponsors the oldest camp athletic tournament in the country, our invitational tennis tournament which began in 1952 and has divisions of all camp ages. Among our professional coaches are people who have competed in the Olympics, the Davis Cup, and coached at the collegiate level. Unlike other camps that have one or two pros each summer, Greylock has 4 to 6 each summer and spreads those pros out to work with campers of all ages. 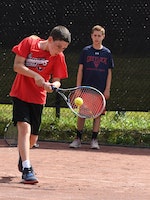 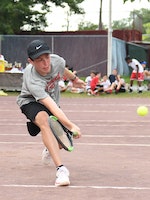 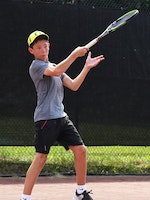