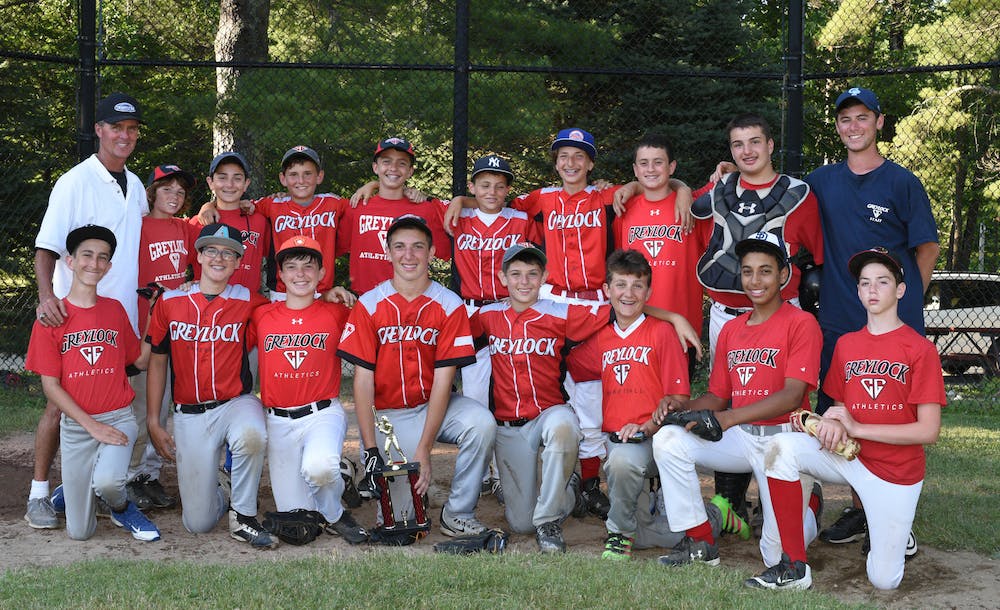 We welcome you back to the Greylock family. A person reading this note may have been a camper or counselor at Greylock anytime in the last 70 years and may have not been back to Becket in some time, so we begin with a broad update on Greylock.

Greylock is alive and strong. The Greylock of today is still very much like the one you once knew. While new fields are built and buildings are erected, the essentials of Greylock—spirit, comradeship, decency, effort, sportsmanship—are the same. As you know, at Greylock we still foster friendships that last a lifetime, help nurture boys into manhood, teach life lessons and responsibility, and it is where our campers learn, grow, and love. It’s not just a summer camp—it’s where many of us have spent the best summers of our lives. It’s a place that no matter what is going on in a sometimes cruel world, boys learn that there is much good in this world, and good people with which to share it.

Greylockers have long distinguished themselves in the world on Center Lake and beyond. They have had every kind of occupation you could imagine—doctor, professor, inventor, musician, banker, entrepreneur, professional athlete, and judge. They are artisans, authors, actors, government officials, chefs, war heroes, captains of industry, teachers, and philanthropists. Greylockers have won a Pulitzer Prize, Academy Awards, an Olympic Gold Medal, an Emmy, a Grammy, written hit Broadway musicals, gained election to the Basketball Hall of Fame, are members of the British Parliament, and have become Hollywood stars. They’ve also given their lives for their country, dedicated themselves to public service, traveled to every corner of the world, written history and poetry, and in many small ways left this earth just a little bit better than the way they found it.

At Greylock, we still treasure our sacred traditions: campfires, hikes to Mt. Greylock, Red & Grey, Big Shows, basketball under the lights, the Alma Mater, quoits, trips, and afternoon swims in Center Lake. To them we have added new ones: special event days, Olympics, cookouts, stickball on the lower quad, rope burning on the Bob Herman Field, Father-Son weekend, and so many more.

We invite you to see Greylock again through the photos we have posted. It may remind you of one of the things that we frequently hear from alumni when they visit camp: that their memories are often of the little things at camp—the afternoon swims, the nights in the cabin with friends, the evening sky at the far lean-to, their first ringer, or the taste of a Fribble. Sometimes, the little things make for special memories, just like the games that are won, the shots that are made, and the mountains that are climbed.

In July of 2015, over 500 people came back to Greylock to help Greylock celebrate its 100th anniversary summer. It was an unforgettable day for anyone who was there. There are precious few camps in the country that have reached their centennial. We hope that you can join in the celebration. Enjoy the website, search our archives section, and please fill out the alumni contact form.

In 1995, Michael Marcus and Lukas Horn purchased the assets of the former Camp Greylock for Boys, Inc. They proceeded to reorganize the camp with a new vision – one that focused upon individual care, instruction, and fun.

Michael and Lukas immediately started rebuilding the camp’s infrastructure and improving the facility. In their first few years running the camp, a new in-line hockey rink, three new outdoor basketball courts, and a new 100 yard Football field were added. In the next few years, cabin and bathroom renovations were the focus. The largest indoor Field House in camping, 22,000 square feet, was the next major project. In more recent times, they have built new bunks, a new art department, a new social hall, a gaga pavilion, a new climbing wall, zip line, and ropes course, and a new nature museum.

Through it all, though, Greylock continues to aspire to simple goals – to make Greylock a safe place where children bridge the gap from boyhood to manhood and are taught the value of sportsmanship, effort, and consideration for others.